Director: Brad PeytonWriter: Ryan Engle, Carlton Cuse, Ryan J. CondalStars: Dwayne Johnson, Naomie Harris, Malin AkermanSummary: Athena-1, a space station owned by gene manipulation company Energyne, is destroyed after a laboratory rat mutates and wreaks havoc. Dr. Kerry Atkins, the lone surviving crew member, is ordered by CEO Claire Wyden to retrieve research canisters containing a pathogen. Atkins is able to flee in the escape pod when the station implodes, but due to damage from the rat it disintegrates upon re-entry, killing her. The falling pieces leave a trail of debris across the United States, including the Everglades in Florida, where a canister is consumed by an American crocodile, and a forest in Wyoming, where a gray wolf is exposed to the pathogen. Primatologist Davis Okoye, a former US Army Special Forces soldier and member of an anti-poaching unit, works at the San Diego Wildlife Sanctuary. He has befriended a rare albino western lowland gorilla named George, having saved him from poachers, and communicates with George using sign language and hand gestures. At night, one of the canisters crash-lands in George's habitat, and George is exposed to the pathogen.. 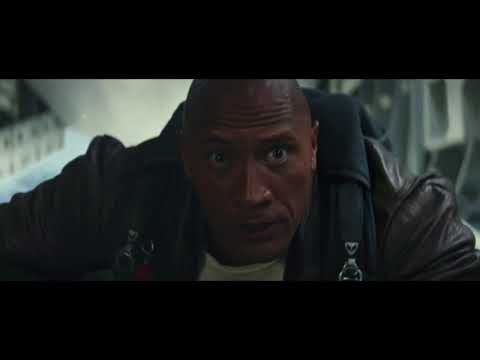